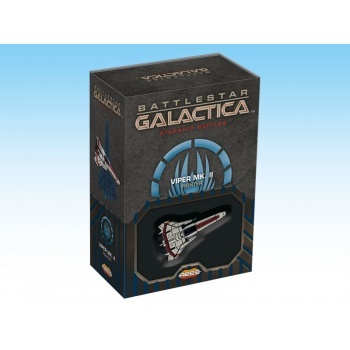 The Viper is the primary space superiority fighter/attack craft of the Colonial Fleet. At the time of the First Cylon War, the Mark II was designed specifically for use with the Colonial Battlestars. While later superseded by newer models, the presence of Vipers on the Galactica proved essential to surviving the new Cylon attack.

The Viper MK. II is fast and maneuverable, able to operate effectively both in space and in atmospheric combat. Armed with kinetic energy weapons, it is also capable of mounting missiles and other ordnance.