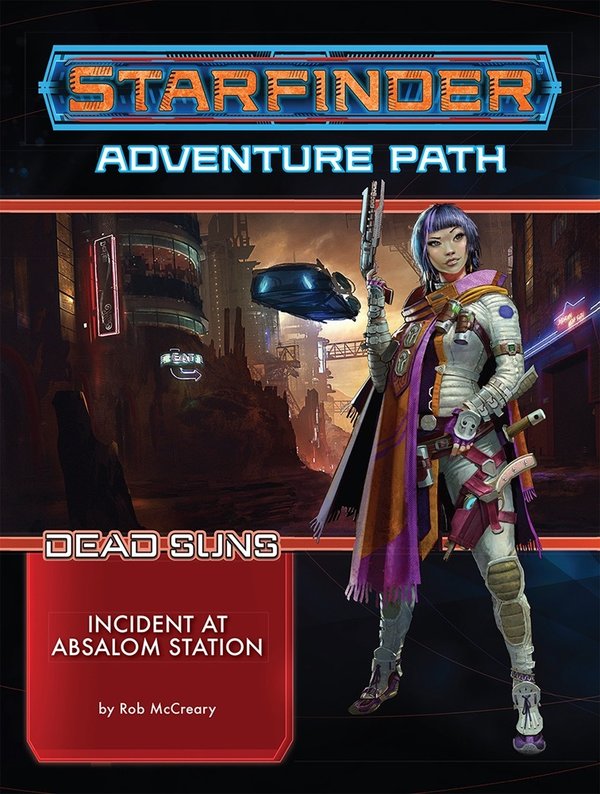 The Dead Suns Adventure Path kicks off with "Incident at Absalom Station," the inaugural adventure for the Starfinder Roleplaying Game. A deserted mining ship emerges from hyperspace at Absalom Station, towing a mysterious asteroid behind it. After battling warring factions on the station, the heroes are recruited to explore the ship and asteroid and discover the fate of the ship's missing crew, only to learn that the asteroid is a fragment of a larger, ancient structure—an alien weapon that could threaten the safety and security of all of the Pact Worlds, should it fall into the wrong hands.

"Incident at Absalom Station" is a Starfinder Roleplaying Game adventure for 1st-level characters. This volume of the Starfinder Adventure Path features a gazetteer of Absalom Station, the orbital habitat that serves as humanity's home in the Pact Worlds, and a selection of new monsters from a variety of alien worlds.