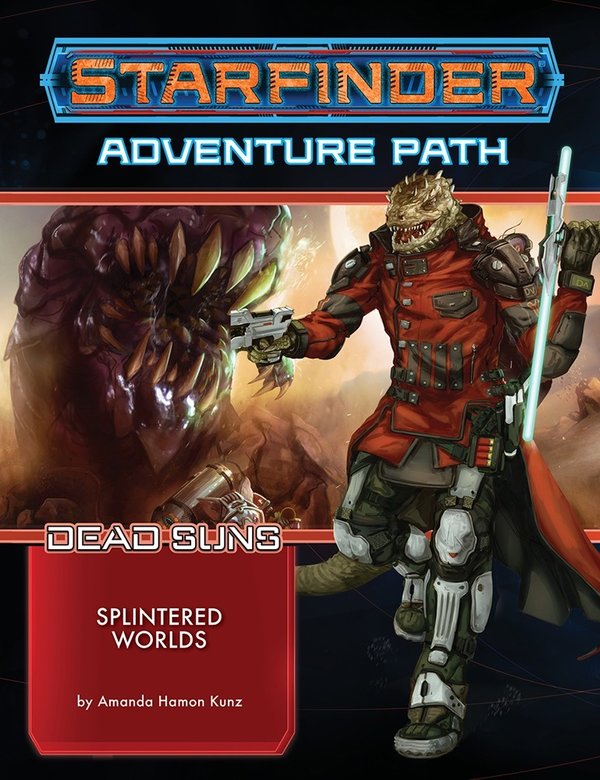 Tracking the Cult of the Devourer, the heroes travel to the Diaspora, but they must survive the asteroid field to find the cult’s hidden command post. What they learn there takes the heroes to Eox, where they must challenge the planet's undead inhabitants to learn that the Devourer cult is headed for a distant star system in search of clues to the location of an alien superweapon.

"Splintered Worlds" is a Starfinder Roleplaying Game adventure for 5th-level characters. The adventure continues the Dead Suns Adventure Path, a campaign where players explore the secrets of the galaxy as members of the Starfinder Society. It also includes a gazetteer of the dead planet Eox, information on the necromantic technology and ships of the rogue Corpse Fleet, and a selection of new monsters from alien worlds.