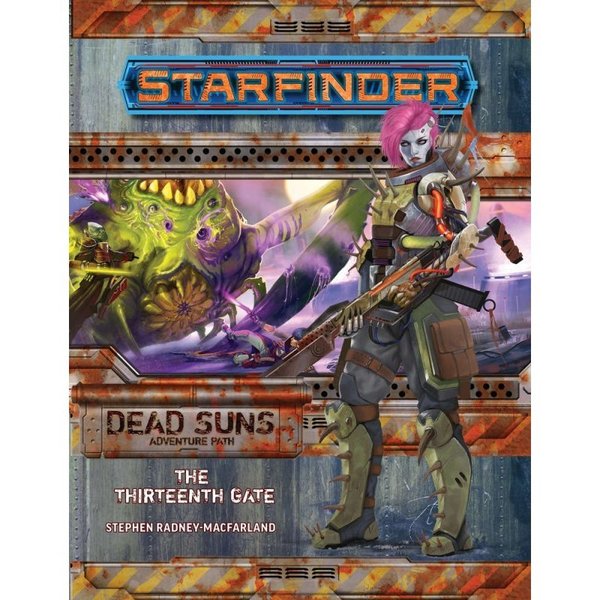 The heroes journey deeper into the Vast to the Gate of Twelve Suns, an alien megastructure incorporating no fewer than a dozen stars. They must explore the vast construction to learn how to open a portal to the demiplane that contains the alien superweapon they have been seeking, but the heroes must contend with the Cult of the Devourer for control of the alien technology. Only by finally defeating the cult can the heroes keep the superweapon out of the wrong hands?though the cult is far from the only threat facing the heroes.

"The Thirteenth Gate? is a Starfinder Roleplaying Game adventure for four 9th-level characters. The adventure continues the Dead Suns Adventure Path, a campaign in which players explore the secrets of the galaxy as members of the Starfinder Society. It also includes a detailed look at several new planets and their inhabitants, culture, and technology; a collection of technological relics from a long-vanished alien civilization, and a selection of new monsters from alien worlds.