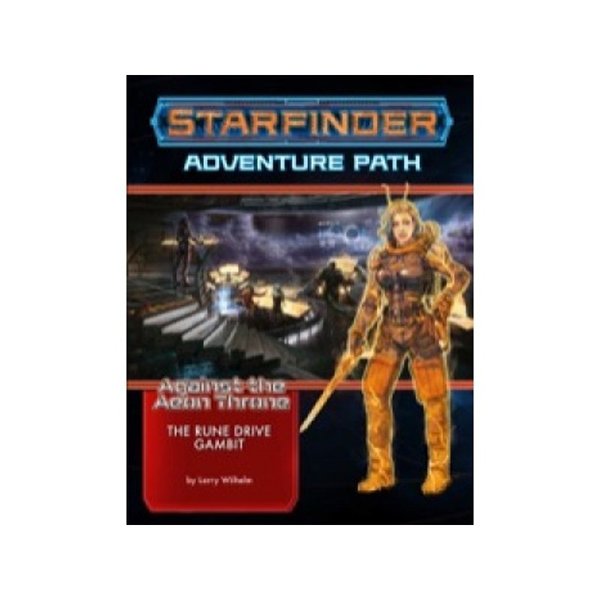 The heroes must infiltrate a secluded Azlanti science facility and liberate the captive scientists forced to study an experimental starship drive to keep it out of their enemies' hands. They soon learn of the device's reality-warping power first-hand, but standing in their way is the dastardly Azlanti noble who has orchestrated the entire plot!

?The Rune Drive Gambit? is a Starfinder Roleplaying Game adventure for four 5th-level characters by Larry Wilhelm. The adventure concludes the Against the Aeon Throne Adventure Path, a 3-part, monthly campaign in which players visit and explore some of the worlds of the sinister Azlanti Star Empire. It also includes advice for how to continue the campaign, a detailed exploration of the peacekeeping organization known as the Stewards, and a selection of new monsters from alien worlds.

Each monthly full-color softcover Starfinder Adventure Path volume contains a new installment of a series of interconnected science-fantasy quests that together create a fully developed plot of sweeping scale and epic challenges. Each 64-page volume of the Starfinder Adventure Path also contains in-depth articles that detail and expand the Starfinder campaign setting and provide new rules, a host of exciting new monsters and alien races, a new planet to explore and starship to pilot, and more!